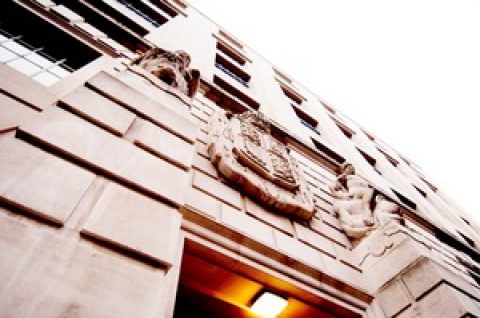 One year on from the launch of the UK’s first ever heat strategy, the Government has set out the next steps to ensure affordable, secure, low carbon heating plays an important role in the nation’s energy mix, now and in the years to come.

The Government said that it remains committed to driving forward the move to low carbon alternatives to cut carbon and help meet renewables targets, and the heat strategy and its follow on action plan published on 26th March 2013 are an integral part of this vision.

Energy Secretary Edward Davey said: “If we can increase the use of low carbon heating in our homes, businesses and across our economy, we can help reduce our dependence on costly carbon intense fossil fuels.”

The Commercial Renewable Heat Incentive (RHI) scheme, launched for industrial and commercial customers in November 2011, is a key part of the Government’s approach to cutting carbon and spurring on the uptake of renewable heating kit. As recently announced, DECC is planning to carry out a review of the tariffs under this scheme to drive forward further uptake and has set out which technologies will be included in this review. It is understood that this will result in the commercial RHI rate, for installations completed after 20th January 2013, being significantly increased beyond their current level of 4.7p/kWh/yr up to 100kW and 3.4p/kWh/yr for installations above this level. Suggestions are that the tariff levels could be almost doubled. This would provide a massive boost for the take up of heat pump technology in the commercial and industrial sector, as it would reduce the effective pay back on many systems to less than 5 years.

The Government remains committed to introducing an RHI for householders, and, on 26th March, set out an updated timetable for its launch alongside plans to extend the Renewable Heat Premium Payment (RHPP) in the meantime. The Government have said that it will confirm how a RHI for householders will work and publish the tariff levels in Summer 2013. It is expected that the scheme will be up and running for householders in Spring 2014. The Renewable Heat Premium Payment (RHPP) scheme is being extended until the end of March 2014, ahead of the launch of the RHI for householders. This scheme, first launched in July 2011, offers money off the cost of renewable heating kit such solar thermal panels and heat pumps. The scheme was due to close at the end of March this year.

Finn Geotherm are pleased that the Government have provided a final date by which they will confirm the amounts payable and the workings of the RHI, as this will at last remove many of the uncertainites that surround the scheme. We are disappointed however that the actual roll out of the scheme has been delayed.

We will continue to update our web site and our customers directly as more news becomes available.