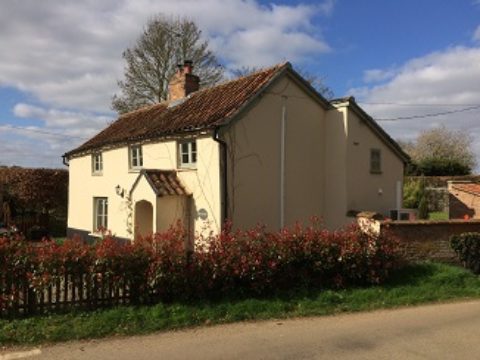 A 17th Century former drovers inn has updated its heating system with the latest air source heat pump technology thanks to Finn Geotherm.

Located near Swaffham, the period property was built in 1832. It originally comprised two semi-detached cottages which were later knocked into one four bedroom home.

When the current owners moved in, they inherited the 35 year old oil boiler. The oil tank needed replacing with a newer double bunded version, as well as moving it away from the house to meet modern safety regulations.

“The heating system in the cottage was very outdated and making the tank upgrades was going to be very costly. I’d been a victim of oil theft in a previous house and with prices continuing to rise, it was the ideal opportunity to change. I’m a firm believer in making improvements to help the environment and leaving things in a better state than we found them for our future generations so choosing renewable heating was important.” 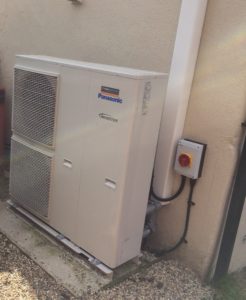 After completing a full site survey, Finn Geotherm recommended a Panasonic Aquarea TCAP 9kW air source heat pump with a combined Dimplex cylinder which holds 150 litres of domestic hot water, plus a 75 litre buffer tank. The air source heat pump was installed in the same place in the garden as the old oil tank and the cylinder within the existing airing cupboard space. At the same time, nine new radiators were installed.

The air source heat pump provides heating and hot water for the entire house. While the cottage has a low energy performance (EPC) rating, the heat pump works efficiently to keep its owners warm. The thermal mass of the cottage with its thick walls and chimneys helps to retain the heat and the constant, steady state heating provided by the heat pump is also beneficial for maintaining the overall fabric of the building.

This project qualifies for the domestic Renewable Heat Incentive (RHI), a Government scheme for renewable heating which provides quarterly payments for seven years.

“I’m really pleased with the air source installation. It was without doubt, the best thing we did when we moved here. When you walk in, it’s like the house is giving you a big hug – it’s so warm throughout and we always have enough hot water. The added benefit of the RHI payments made choosing a heat pump a no-brainer.”